Circumstances of Death:
A former deputy of Wild Bill Hickok, “Rattlesnake Pete” Lanihan (or Lanahan) defeated Hickok in the sheriff’s election of 1869.Evidently, Lanihan’s election upset some criminal elements and it is conjectured that they plotted to “set up” the new sheriff. On the night of July 16, 1871, a fight started in Henry “Dog” Kelley’s saloon, and when Lanihan attempted to stop the disturbance,he was shot twice. He died of the wounds within two days. 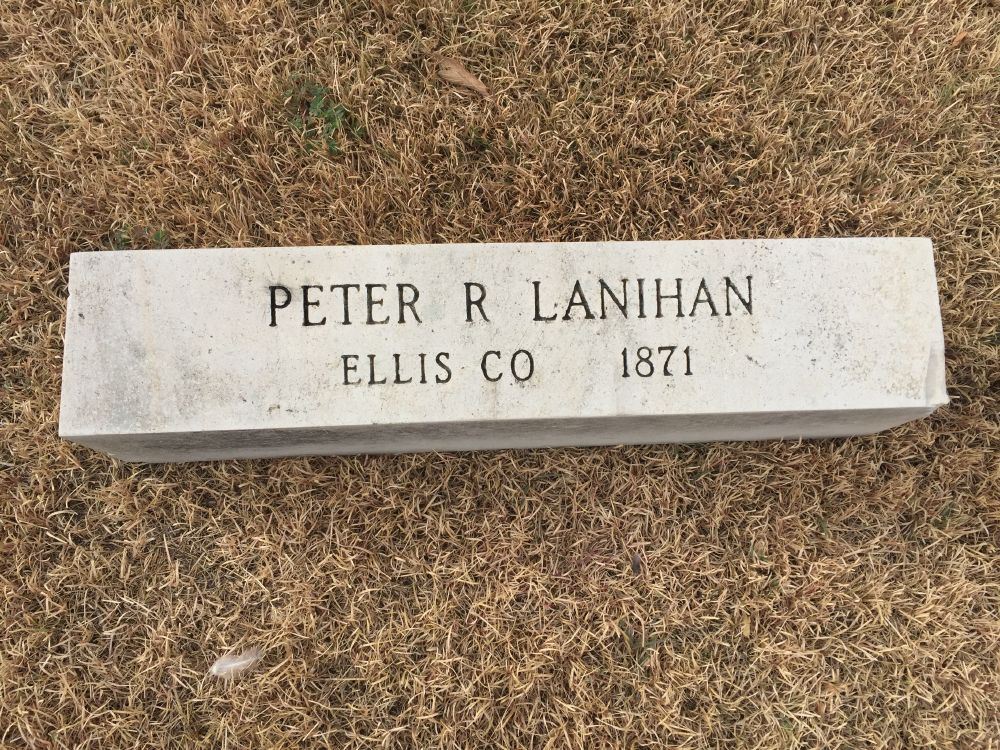 Circumstances of Death:
Ellis County Sheriff Ramsey, noted for his effectiveness as an officer, was traveling to Stockton in Rooks County, with Deputy Sheriff Frank Shepherd, to recover stolen property. As they traveled they noticed a fresh horse trail. Aware that one of the West’s most wanted men and horse thieves, Henry “Dutch Henry” Born(e) was operating in the area, they decided to follow the trail. Entering Stockton, they observed two men selling horses. As the sheriff and deputy approached, one of the men, named Deems, fired. Ramsey was mortally wounded by Deems but was able to shoot and kill Deems. The other man, William Stanley, escaped but had been wounded by the deputy sheriff. Stanley was later captured near Kirwin. It was discovered that the horses had been stolen from Indians, and therefore “technically” the two were not guilty of any crime. Stanley was later tried for assaulting a police officer and found not guilty. 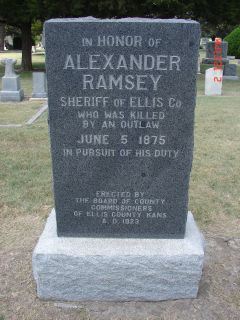